An Artist’s Edition for this exhibition is now available via our online shop.

Two Queens is delighted to announce the presentation of a newly-commissioned film by Leeds-based artist Karanjit Panesar: Actor, Container.

The work comes out of an ongoing exploration of the relationship between the insides and outsides of things, and a fascination with the idea of seeing ‘behind-the-scenes’. I’m interested in how these things could be used to talk about authenticity, agency and truth.

The film uses a narrative structure called a ‘strange loop’; a device that involves multiple levels of reality that are nested inside each other. Strange loops are often found in stories of time travel and the supernatural, and usually result in paradoxes and general confusion.

Actor, Container follows characters Saaj and Chandni, who are pulled between these kinds of levels, only to wind up back where they started. It is a recurring dream in tandem.

“I keep ending up places and I can’t help it”

What degree of agency does somebody have when they are acting inside a structure they can’t fully comprehend? For Saaj and Chandni it is the construct of the film that they come up against. Saaj struggles against the inevitability of his own repeated actions, but they will, of course, always repeat.

We are tangled up in these sorts of systems, in the same way that Saaj and Chandni are tangled in the structure of the film.

Containers are full of content. The film set is full of action. The screen is full of images.

This exhibition is the second in a programme of four exhibitions and related events at Two Queens between Autumn 2019 and Winter 2020, with the aim of evaluating the ways we use language when making and talking about contemporary art. The programme is made possible by public funding from the National Lottery through Arts Council England and De Montfort University. 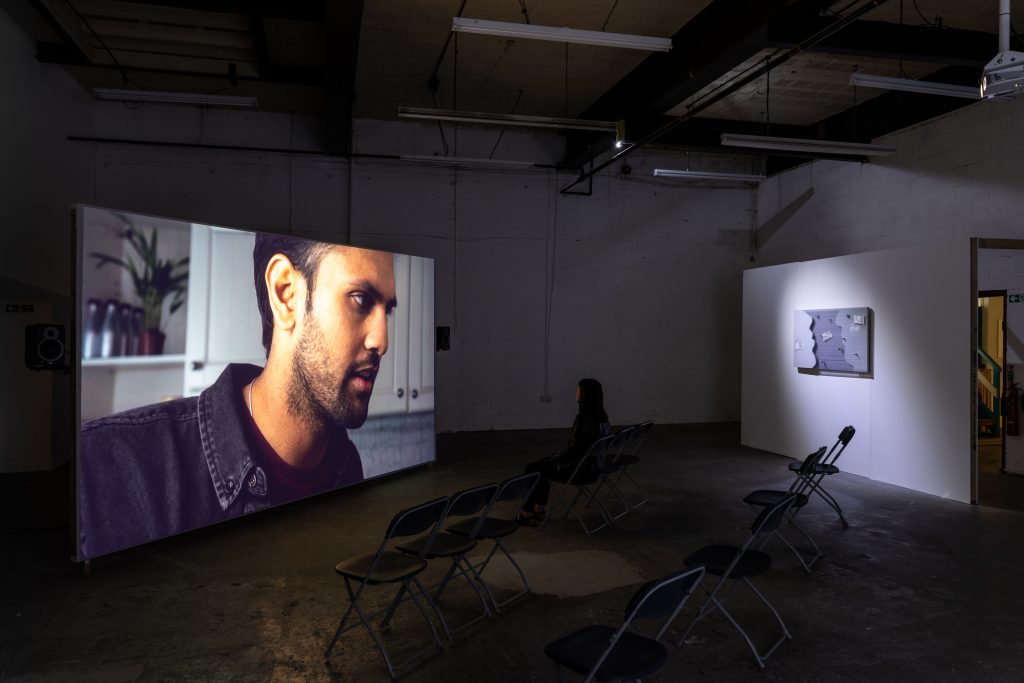 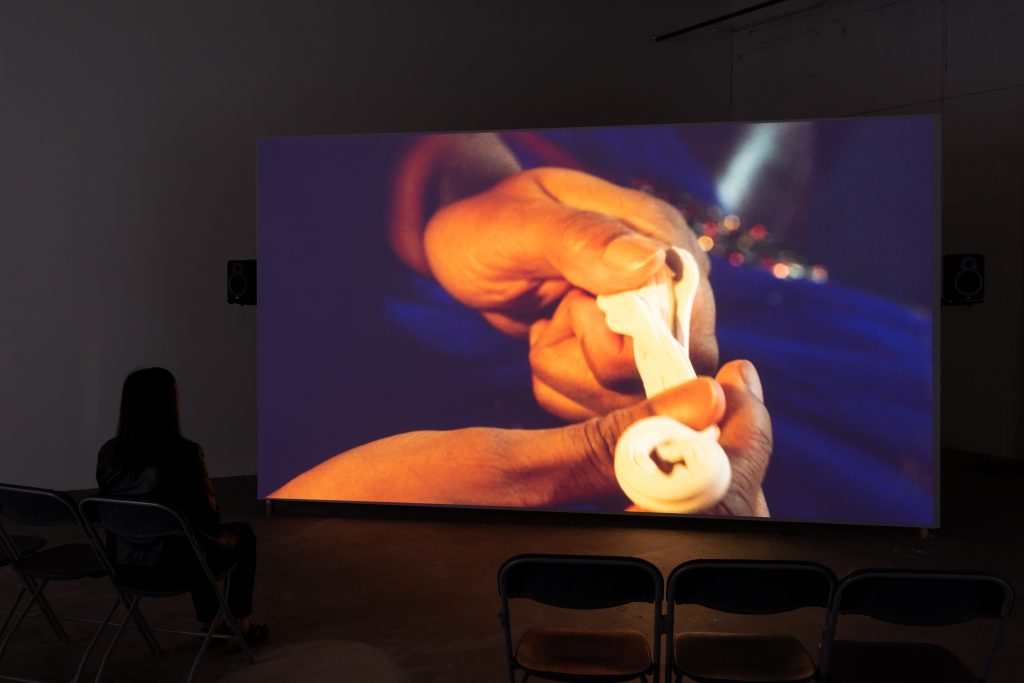 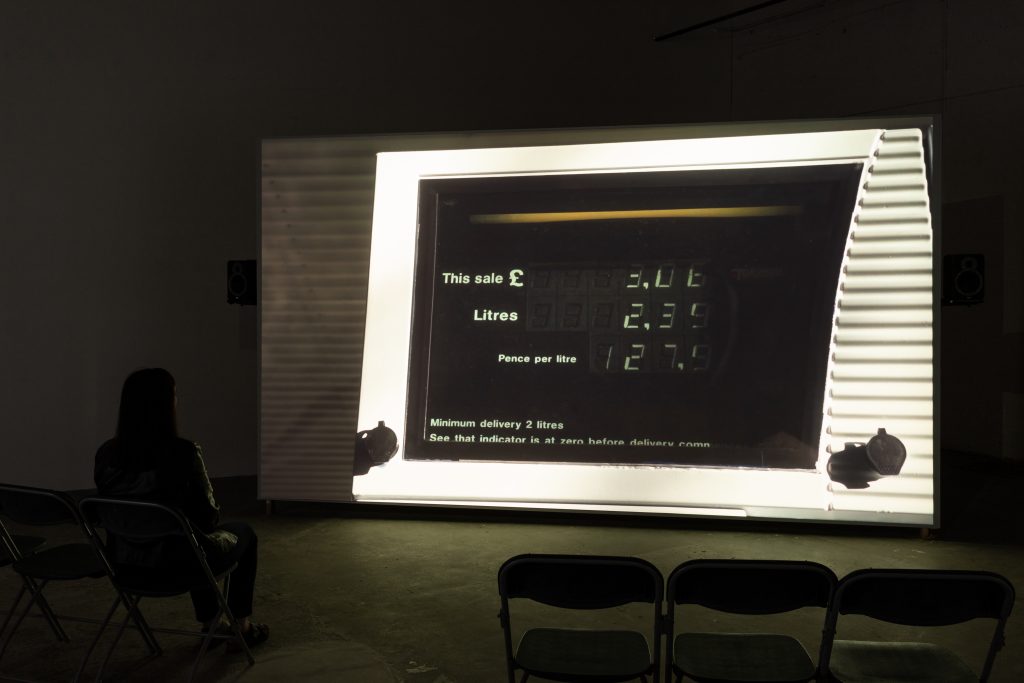 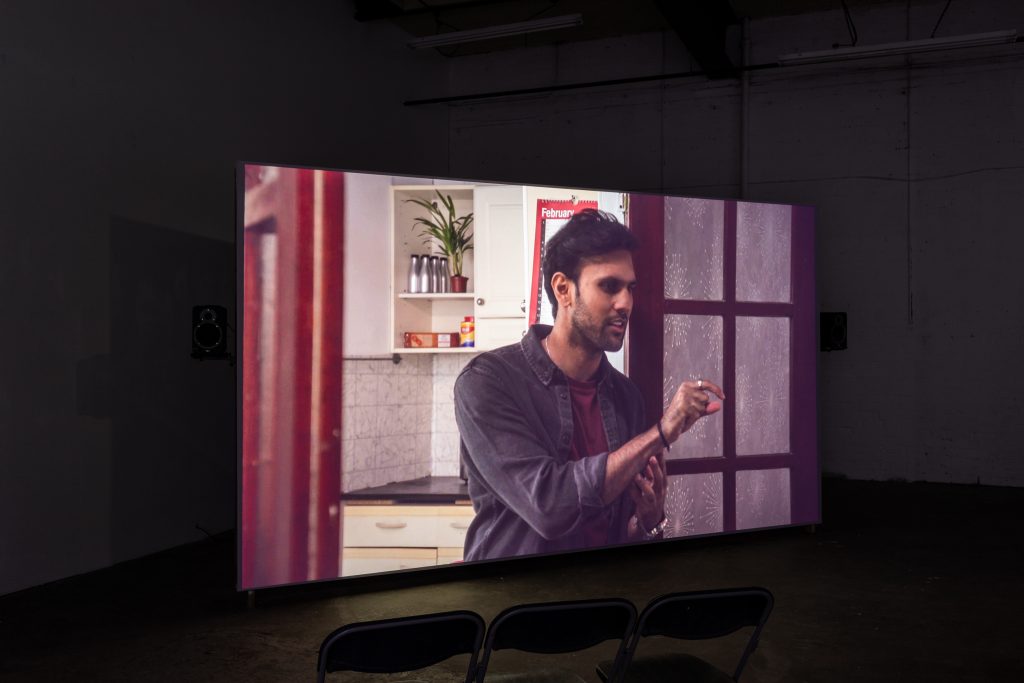 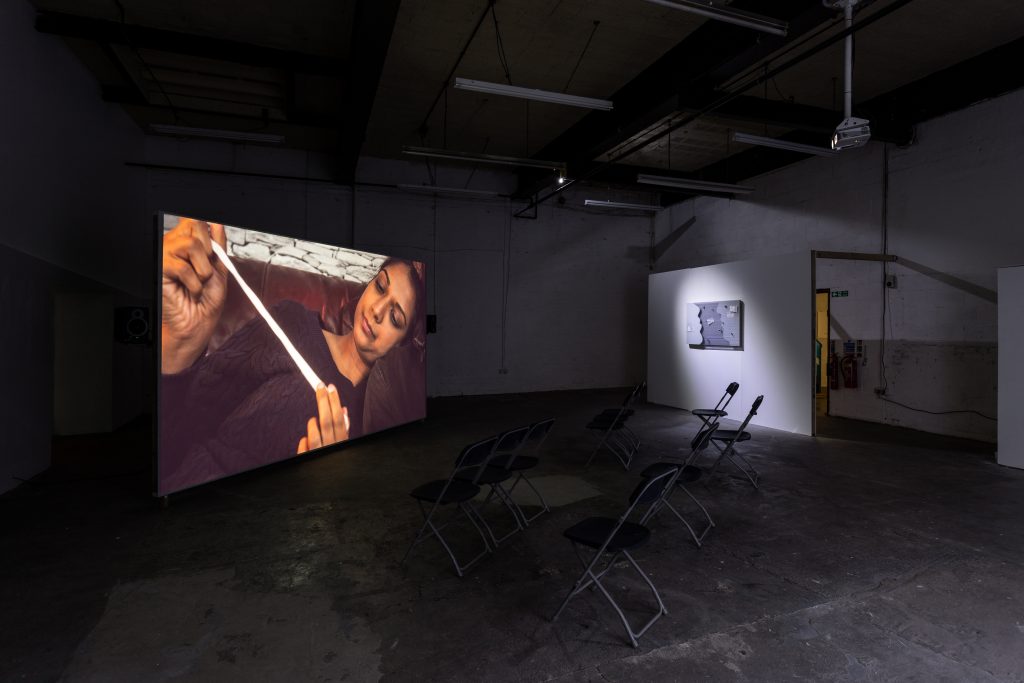 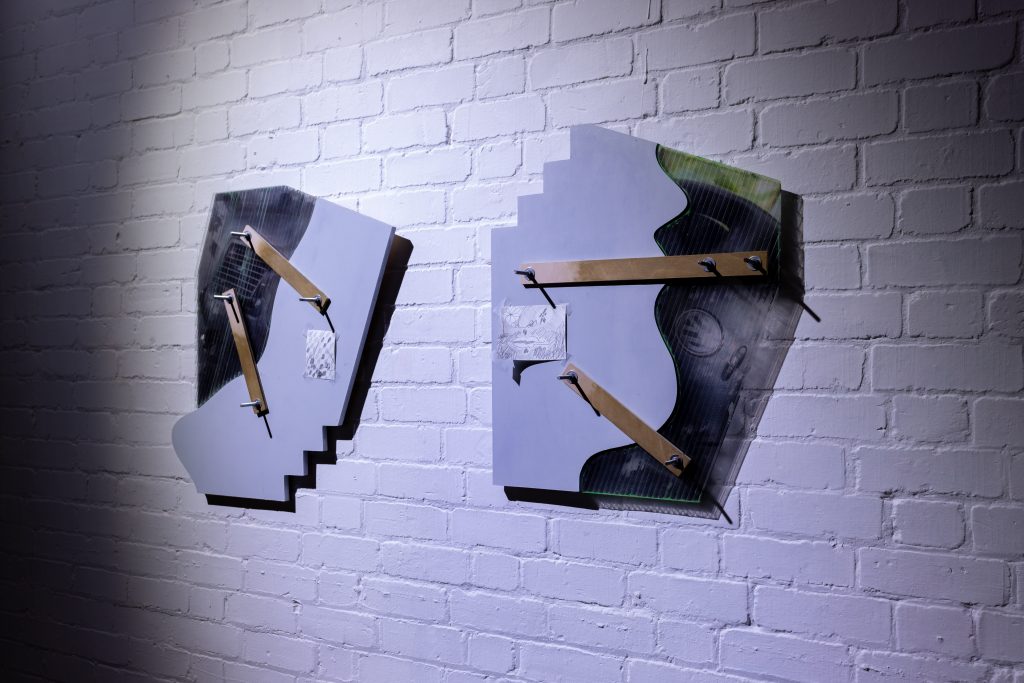 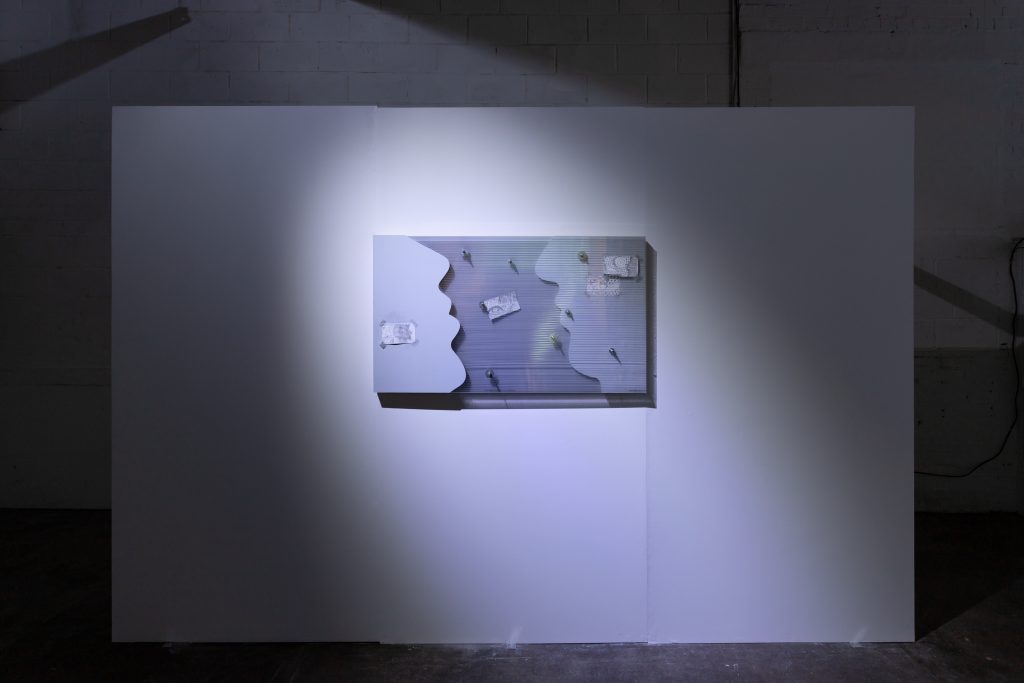 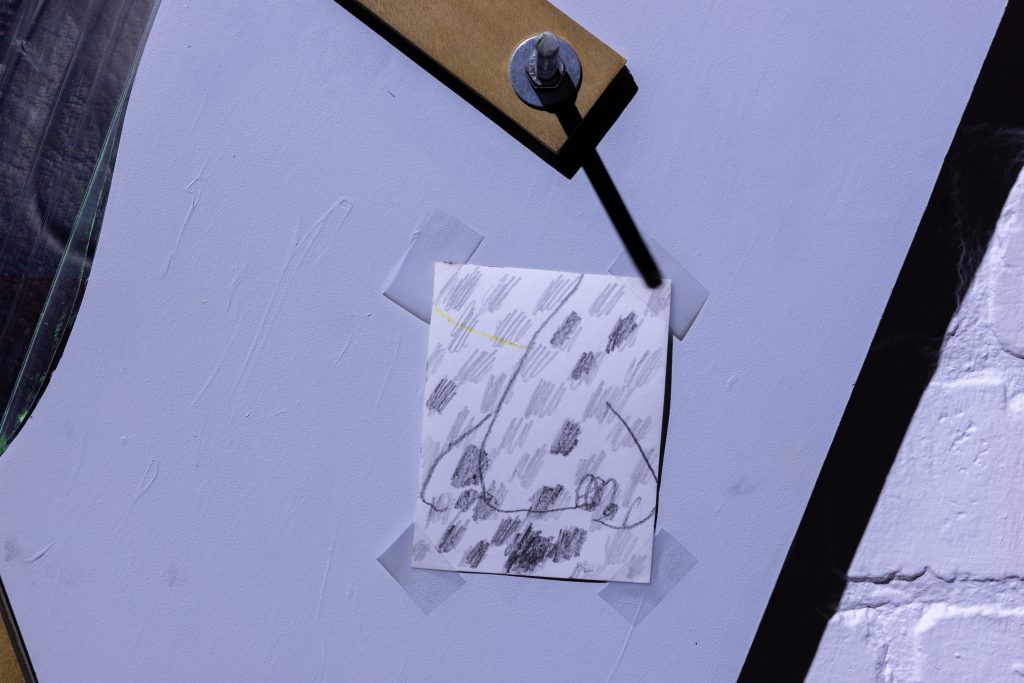 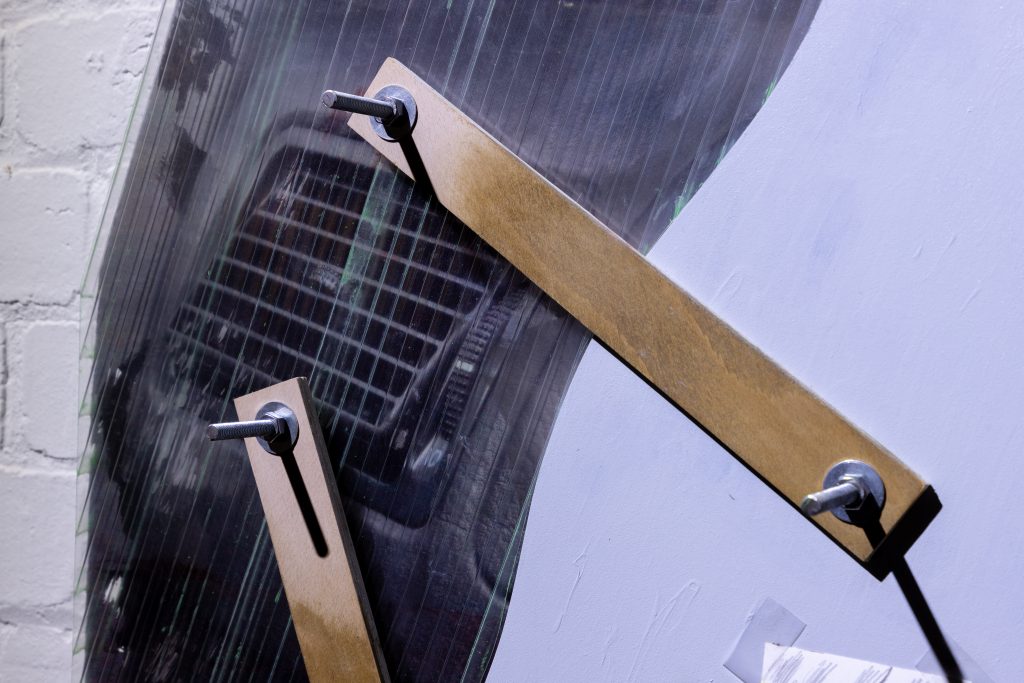 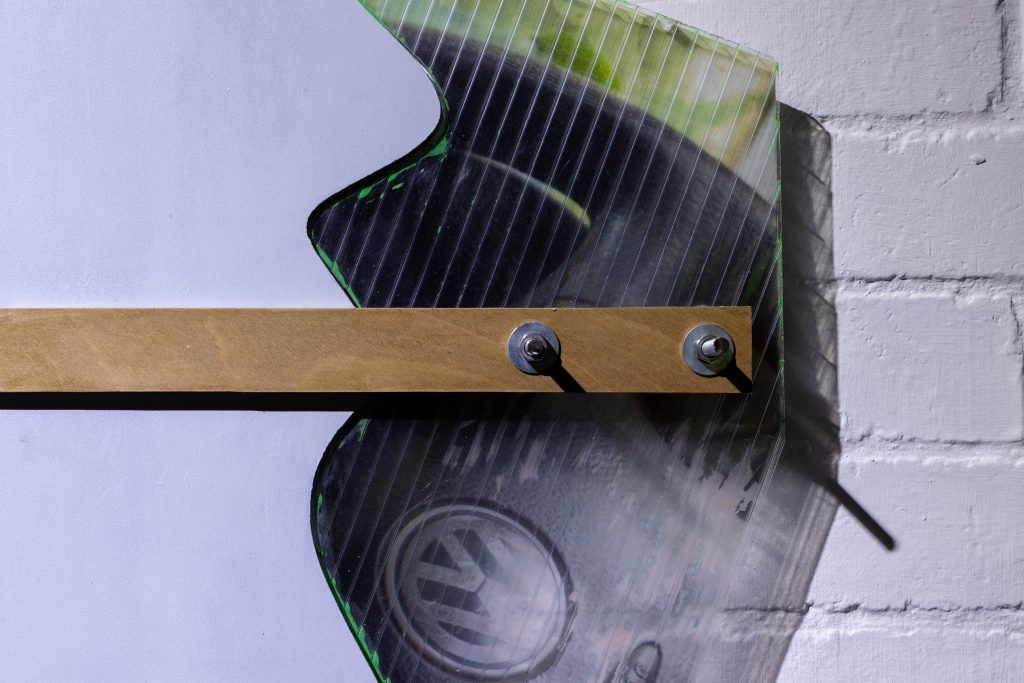 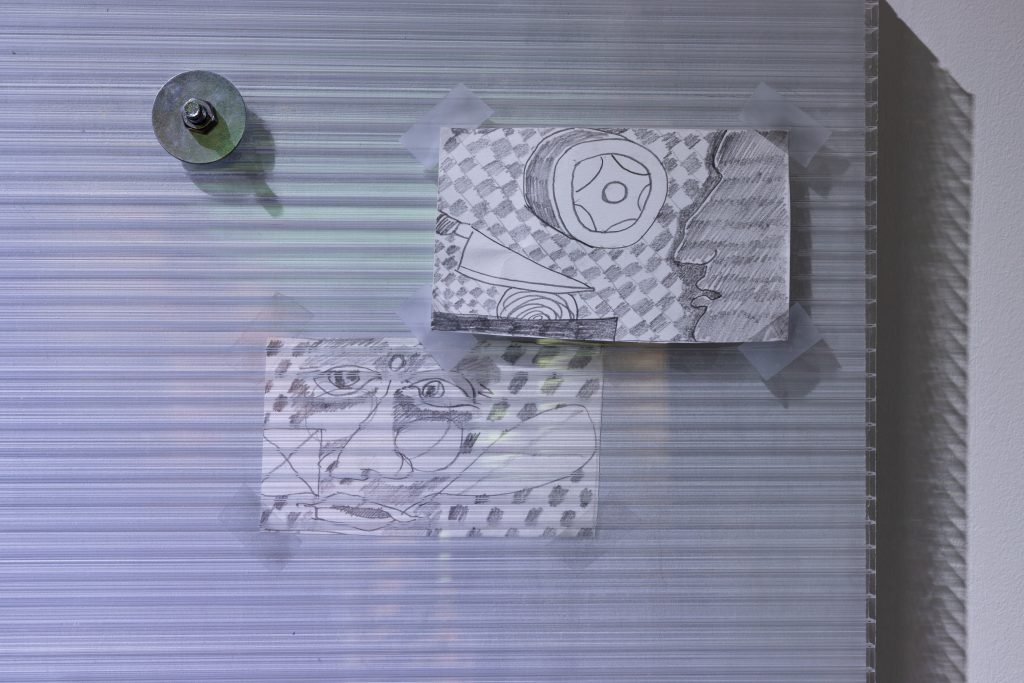