‘Pillgarlic’s Gone A-Sauling’ is a new video and installation by Jake Kent. Installed in a dilapidated abode, the video follows the post-apocalyptic journey of an un-named puppet character travelling around the english midlands in search of alternative modes of living after the end of the world. Set in the early 90s and located ambiguously in and around the counties of Staffordshire, Cheshire, Derbyshire and Leicestershire, the ongoing apocalypse has resulted in a shift in language. The breakdown of Modern English into a new, dialect-heavy vocabulary, built upon working class and industrial terminologies, represents the extinction of a vast majority of the upper class.

The script is written in a dialect that takes words and accents from across the midlands and is punctuated by a collection of rearranged folk songs which help to explain the politics of new characters that appear throughout the journey. One puppet sings a re-worded version of the song Owdham, sung and rearranged by Manchester ballad singer Jennifer Reid. This song exemplifies a pride in the region’s industry (and in this apocalyptic trajectory, a pride in re-establishing Capitalist means of production, hierarchy and class structures).

The installation includes life-size stuffed sculptures that casually lounge about the gallery, resting and drinking. They exist to gather and destroy any objects that represent the ‘old’ power structures; flags, uniforms, weapons, legislation, money, even commemorative tableware. The destruction of industry, existing institutions of government, police, monarchy, nationalism and the annihilation of existing systems of power opens the door to new fantasies that allow the protagonist to set about developing their future political identity.

This exhibition is the first in a new programme of four exhibitions and related events at Two Queens between Autumn 2019 and Winter 2020, with the aim of evaluating the ways we use language when making and talking about contemporary art. The programme is made possible by public funding from the National Lottery through Arts Council England and De Montfort University. 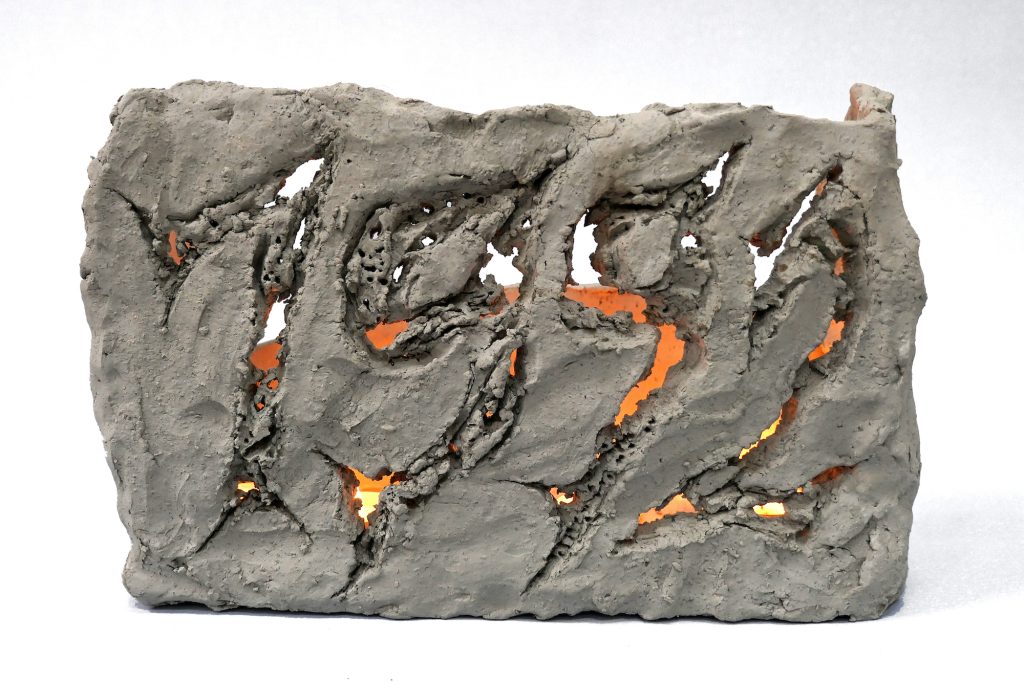 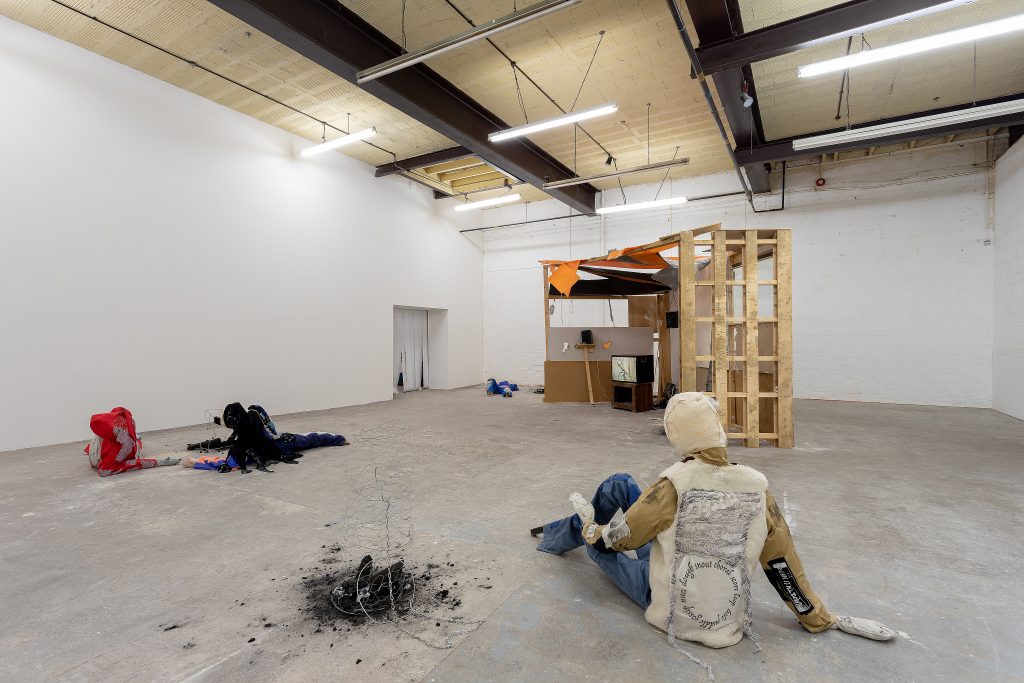 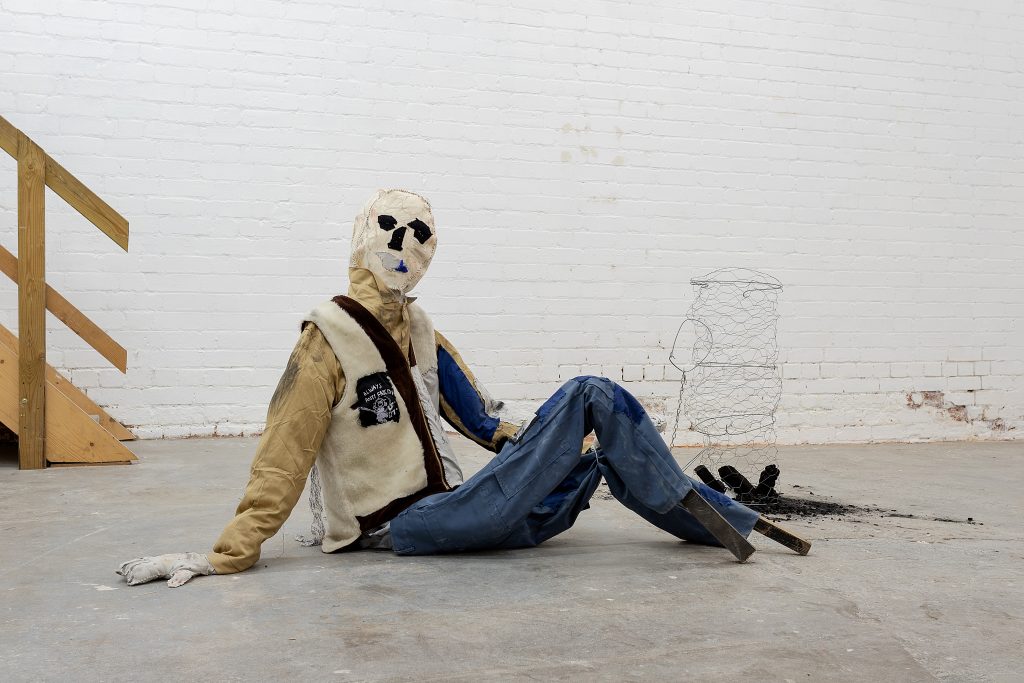 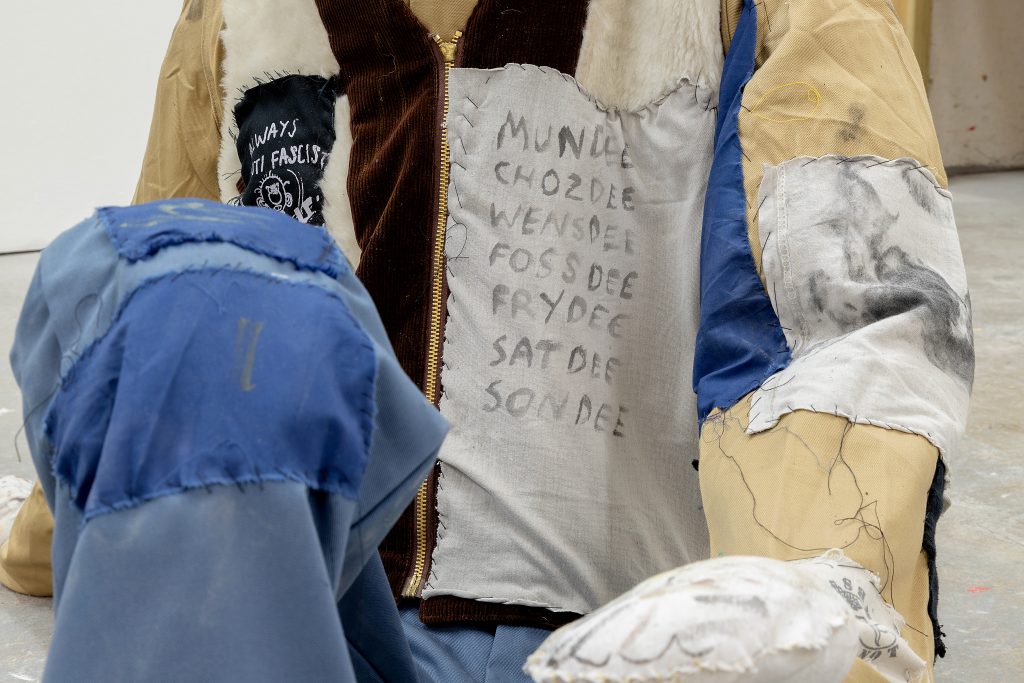 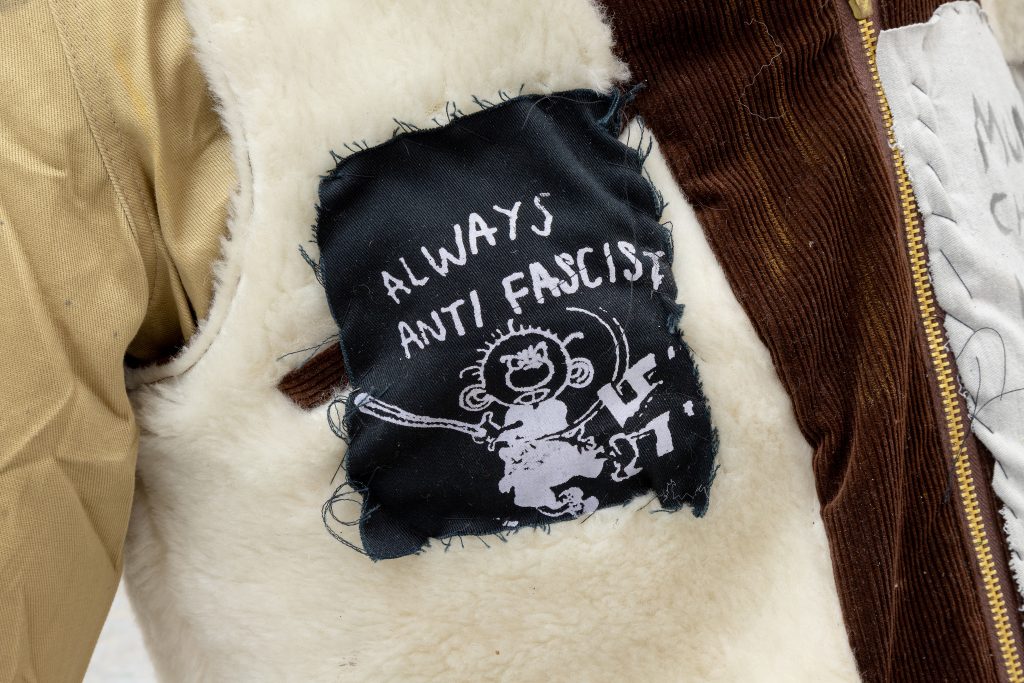 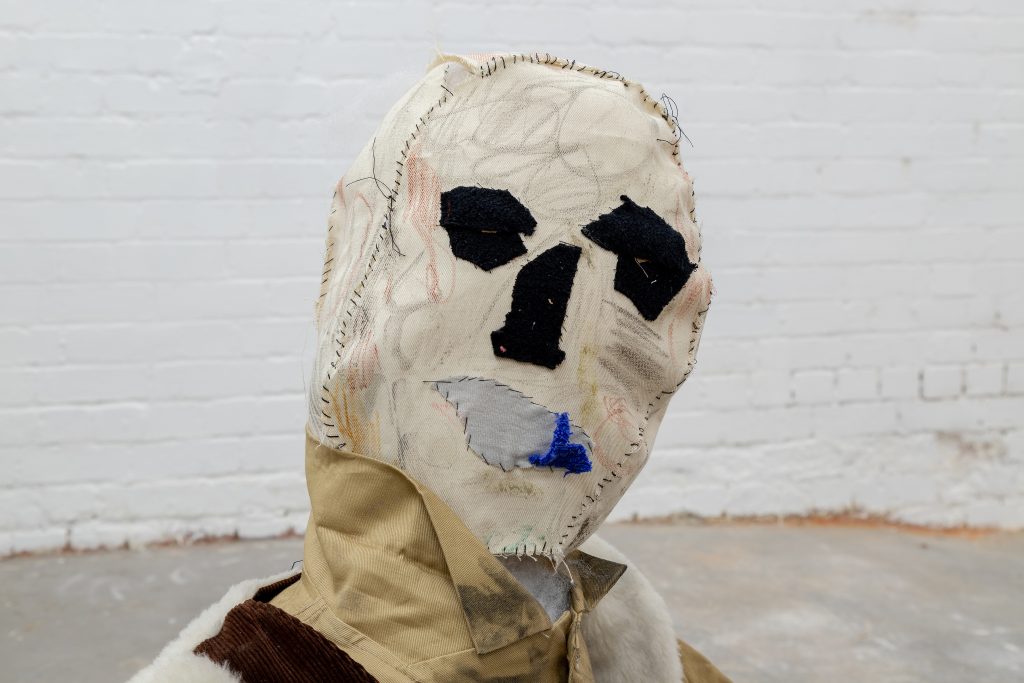 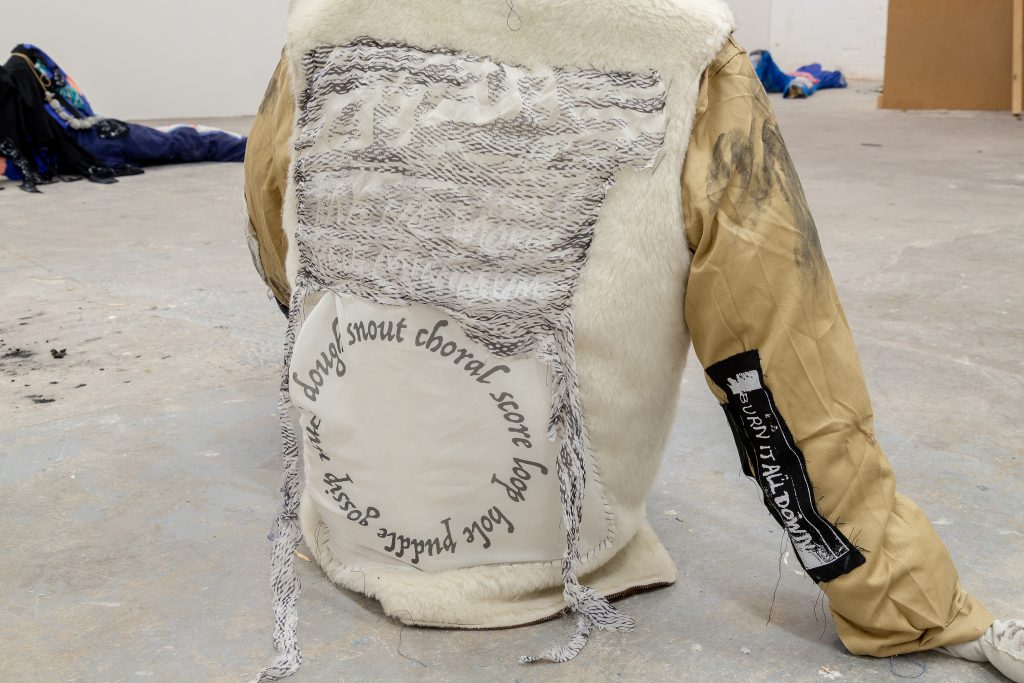 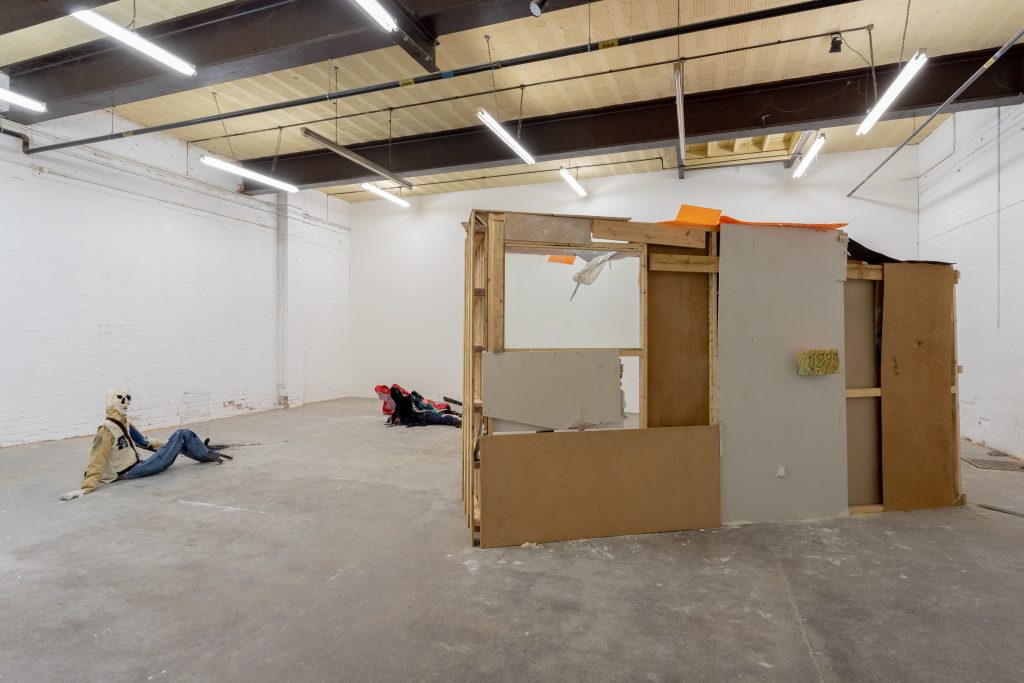 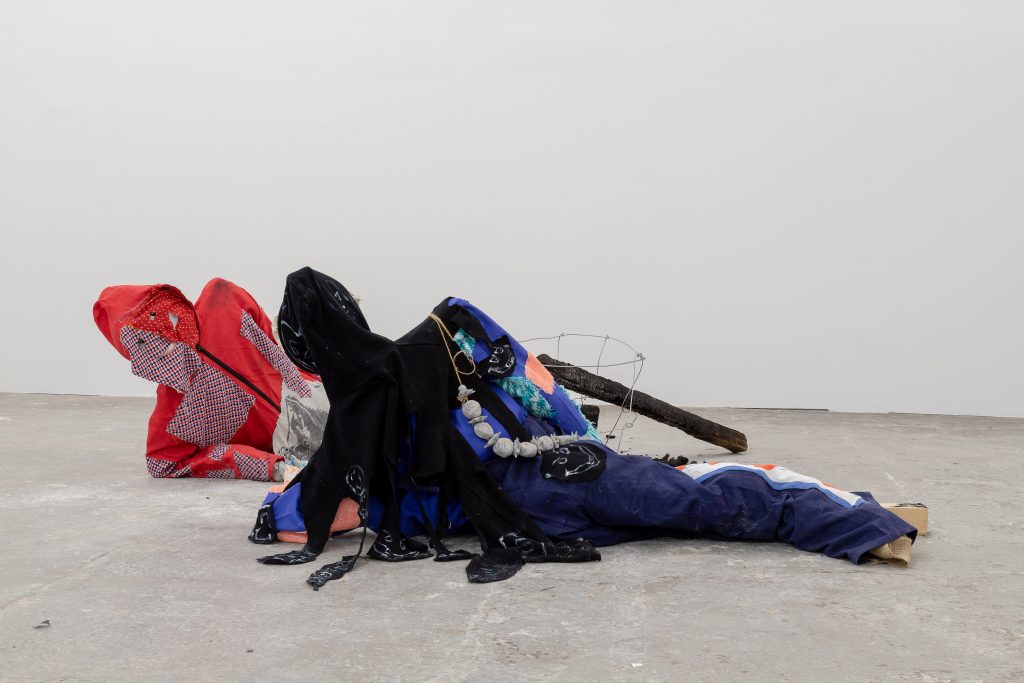 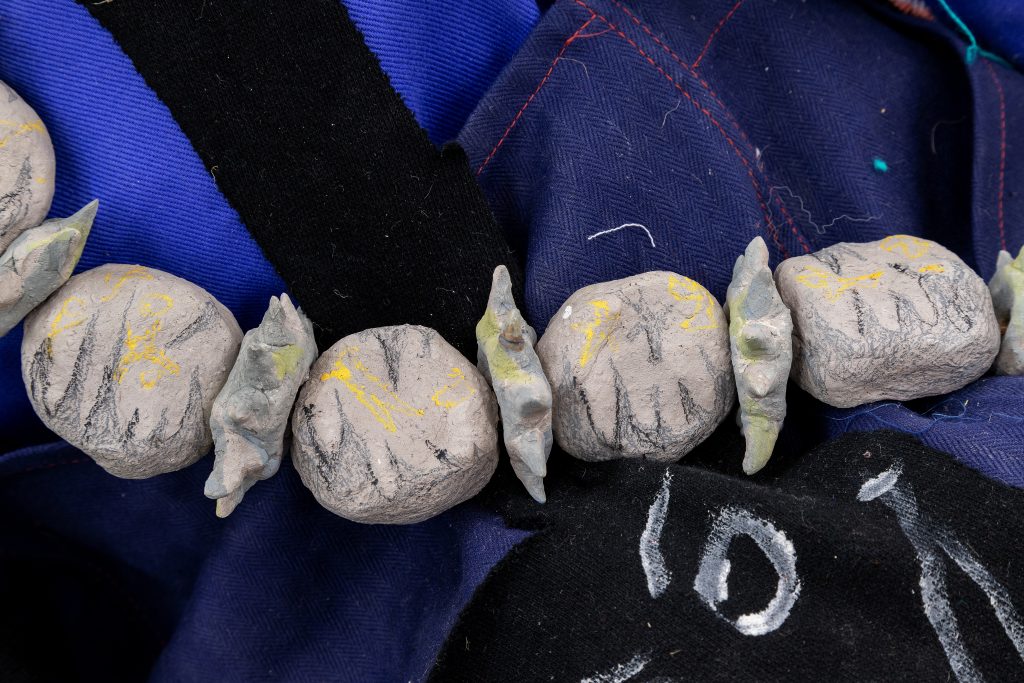 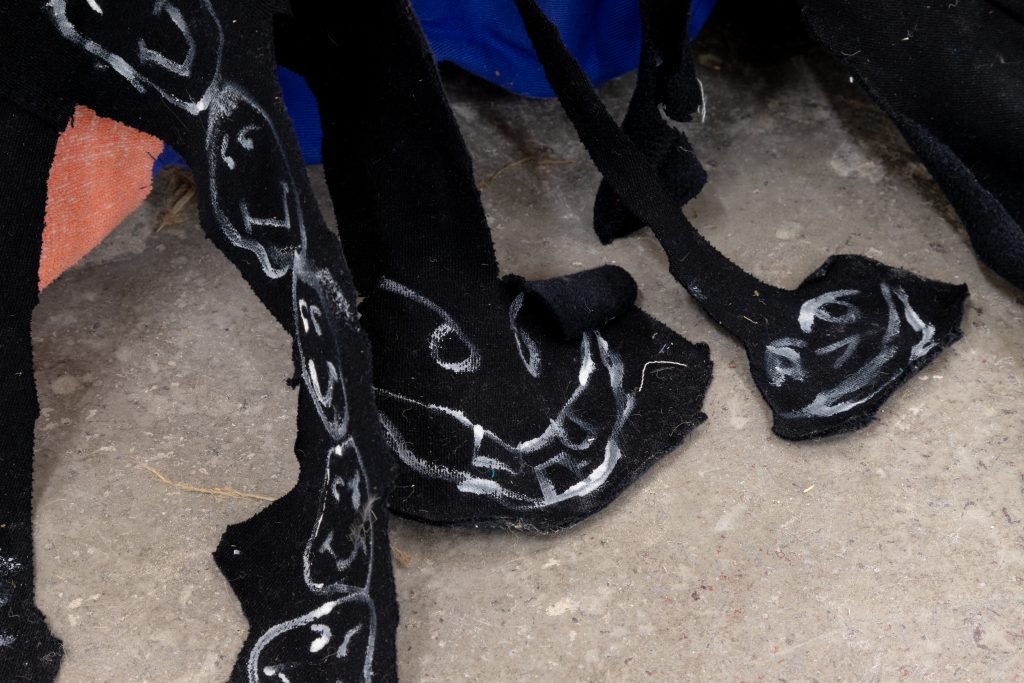 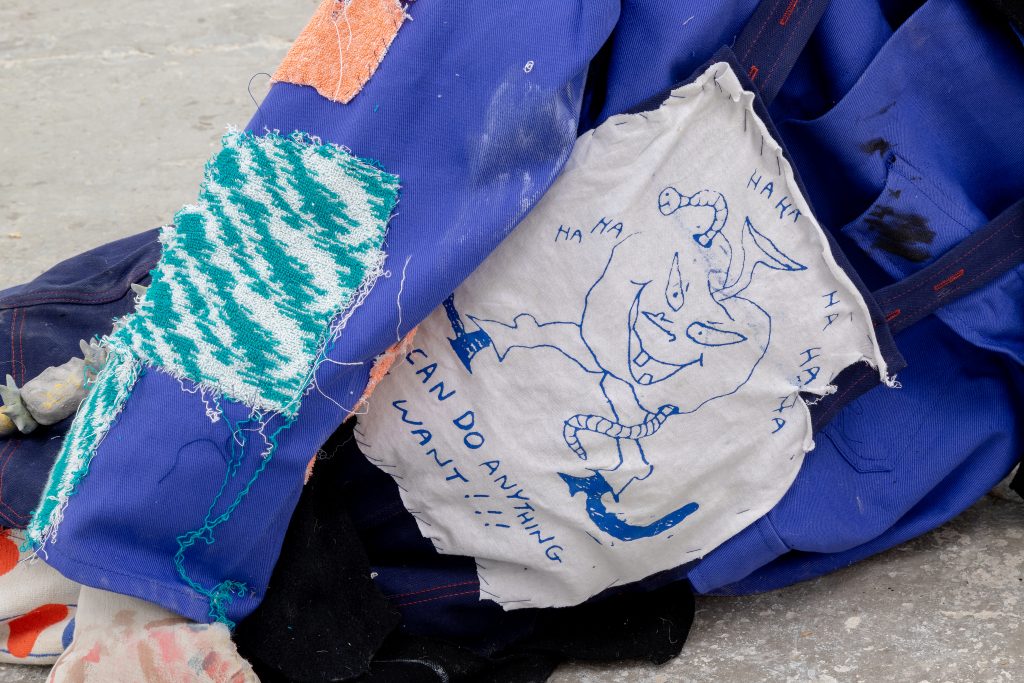 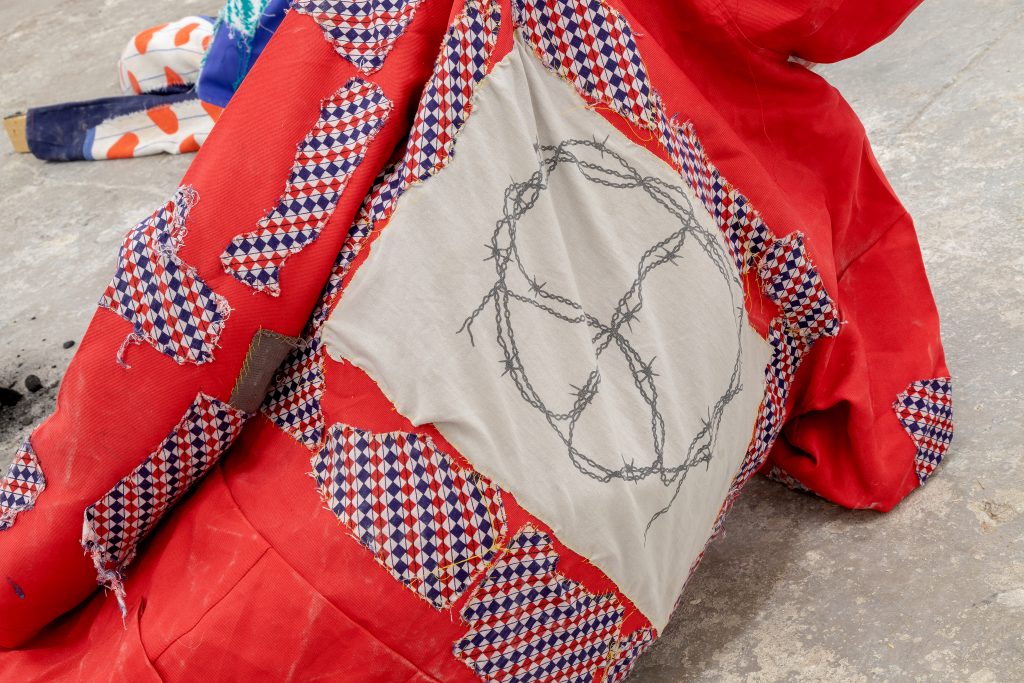 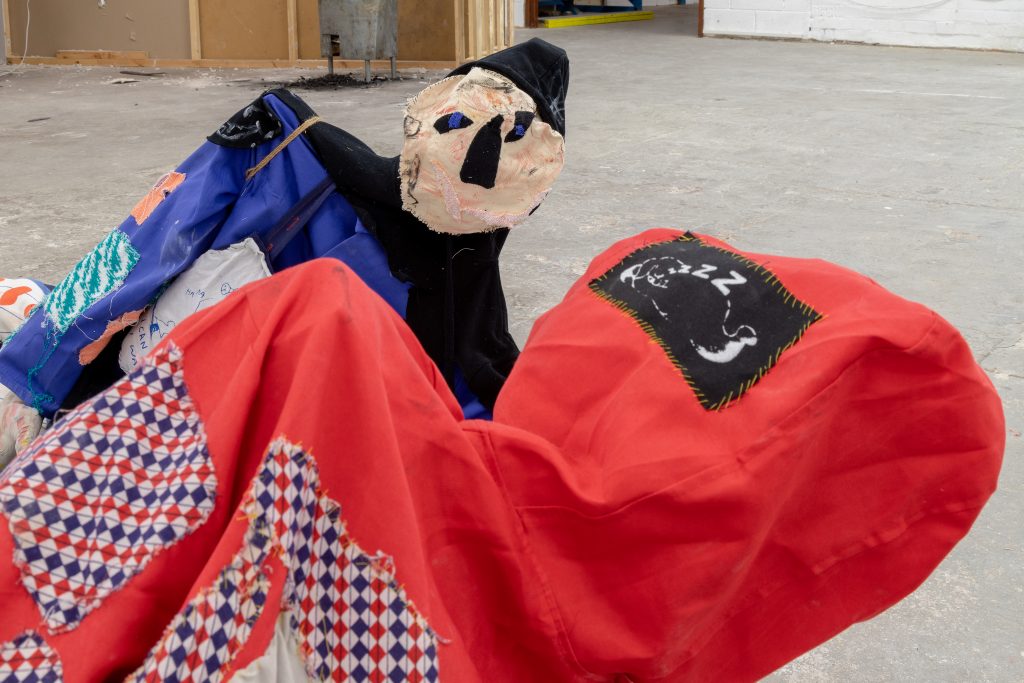 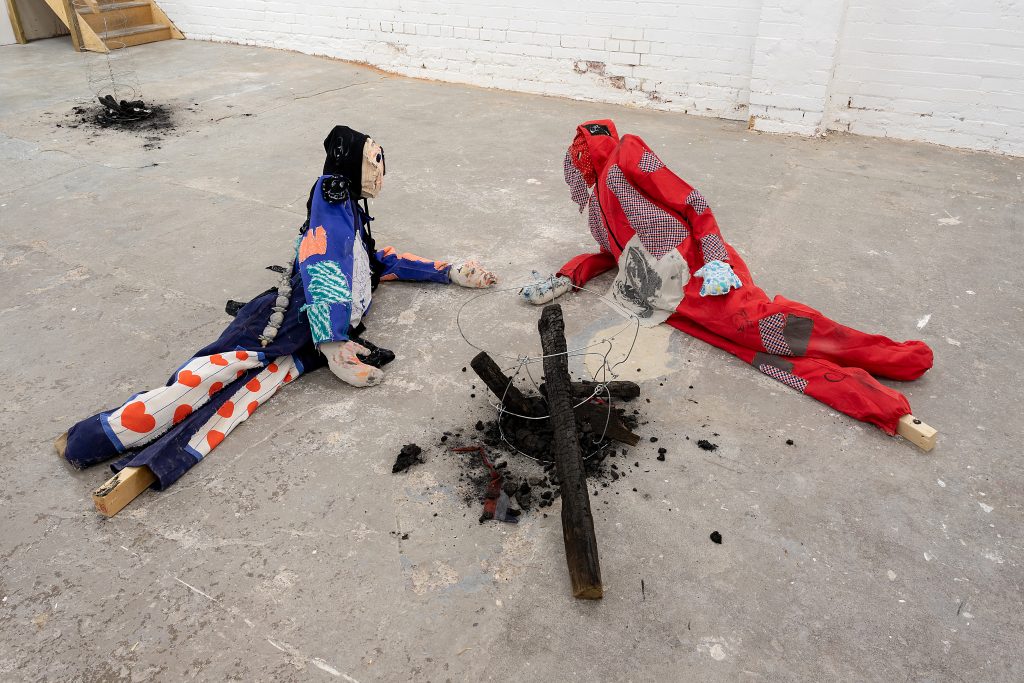 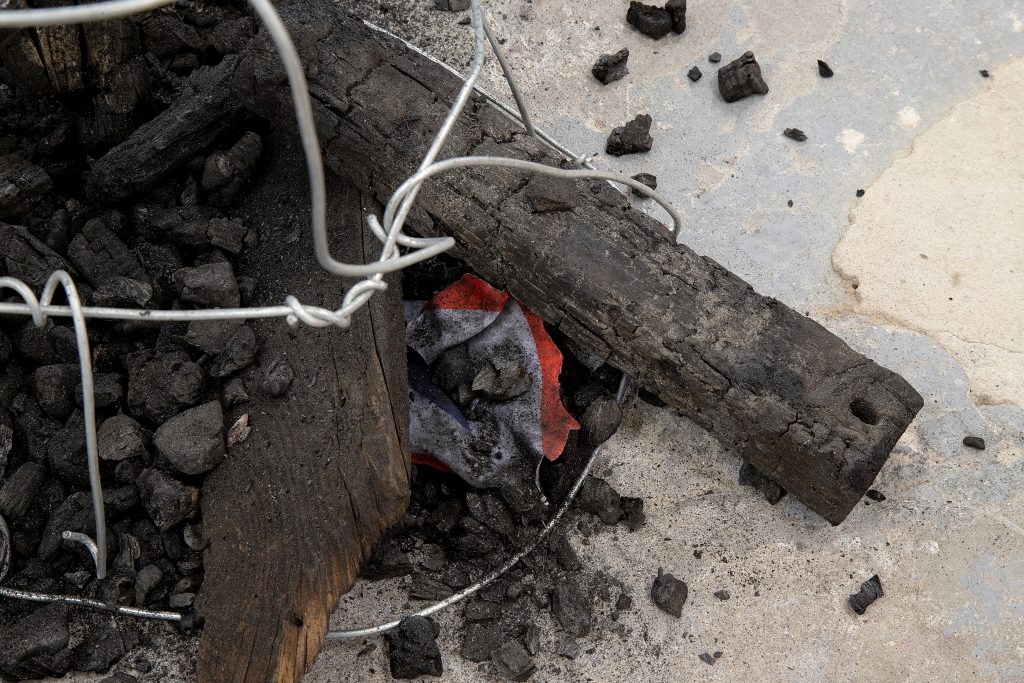 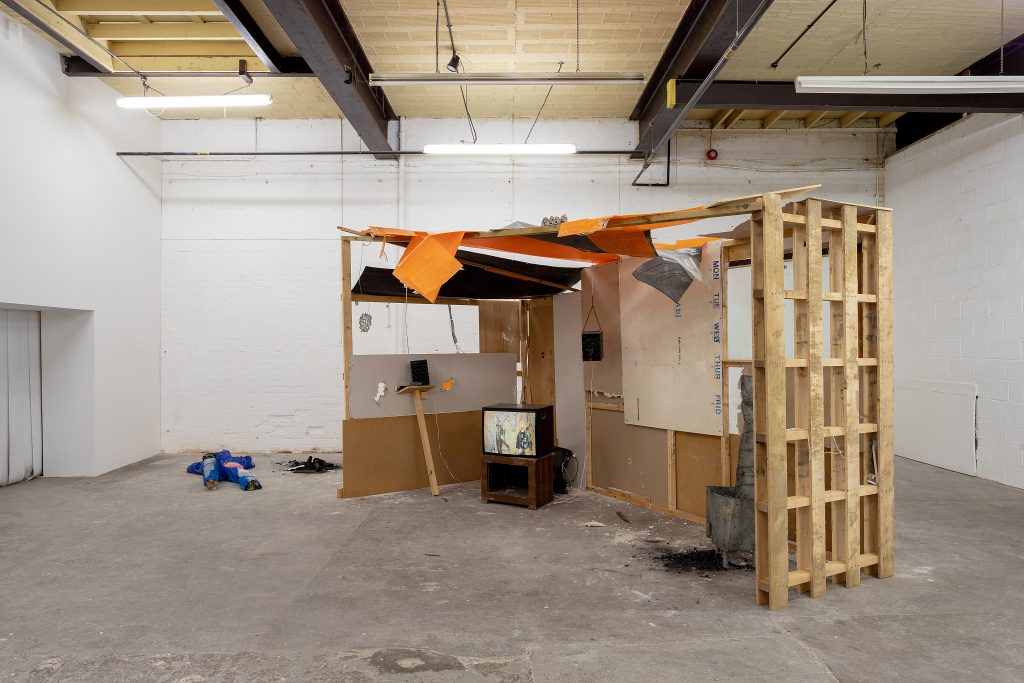 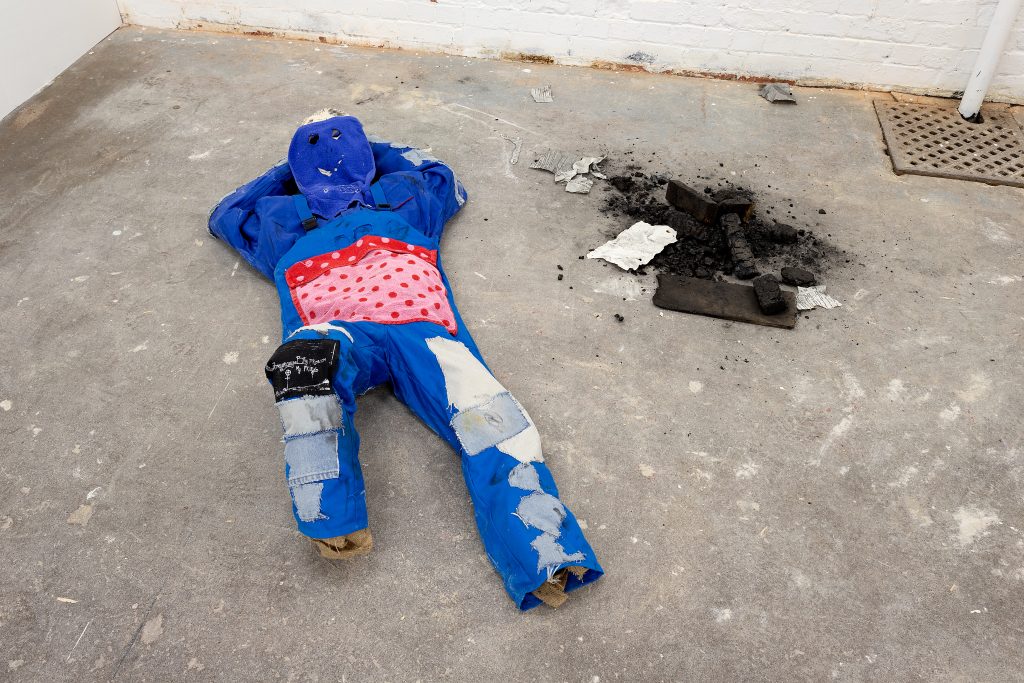 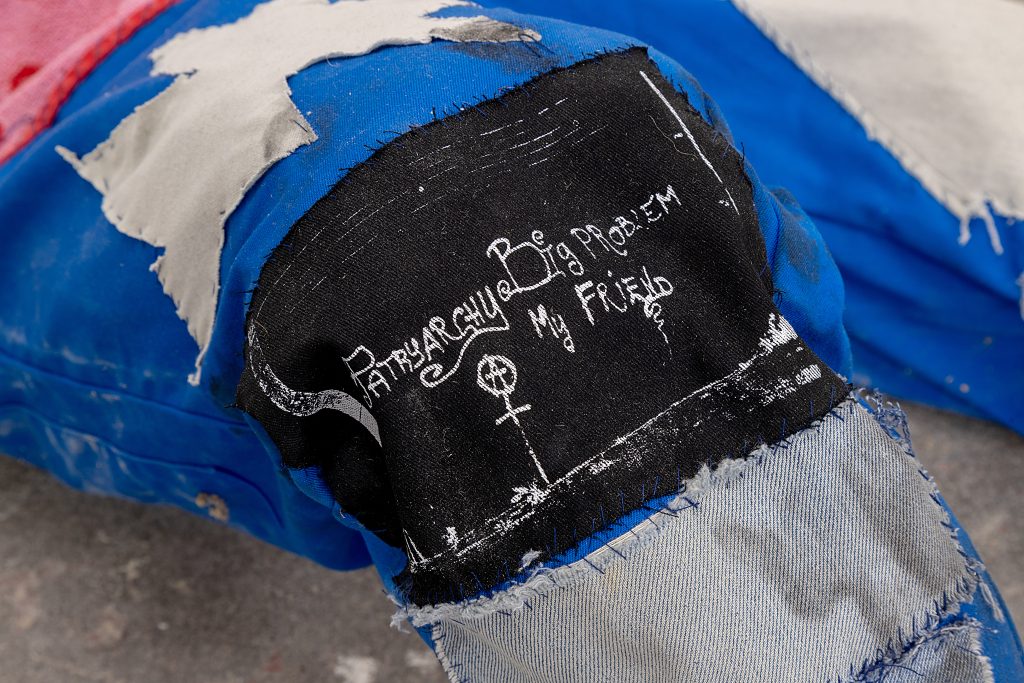