House of Teeming Cattle is a large scale sculptural installation inspired by diorama displays in Western museums. Staging objects and built structures together in the exhibition space, Emii Alrai uses narrative to investigate forms of personal and historical identity between the Middle East and Britain. Through the display of appropriated and fabricated objects alongside use of traditional building materials, the exhibition provokes dialogues between objects, and lost oral histories of ancient lands where cattle graze.

The project draws from Mesopotamian liturgies written by women, in which themes of pasture and cattle are deployed to represent masculine and feminine forms of power, sexuality and afterlife. Cattle were also seen as symbols of destruction, with associations of earthquakes in Sumerian mythologies, making them tools to diffuse and disrupt social identities. Through her position within a Middle Eastern diaspora, Alrai navigates both the chasms and caveats of femininity and identity through cultural collisions, and uses the form of cattle as vessels to narrate residual themes of confusion, loneliness and displacement from geographical, historical and linguistic origins.

Themes of earthquakes and afterlife are invoked by Alrai’s sculptural forms with their connotations of debris found at sites of conflict, natural disaster and archaeological digs. In the space, rubble is formed from polystyrene, cardboard and plaster – facsimile versions that play with notions of longevity and authenticity. Through these materials, Alrai attempts to reconstruct an identity which is formed from the absence of structure. By reconstructing and reconfiguring Middle Eastern artefacts and themes found both in western museums and in imagery passed down through oral family history, new languages and narratives are created.

This exhibition is the third in a series of four projects at Two Queens across 2018-19 aimed at providing the opportunity for emerging artists to develop ambitious new projects through a supportive curatorial dialogue. The programme is made possible by public funding from the National Lottery through Arts Council England and De Montfort University. 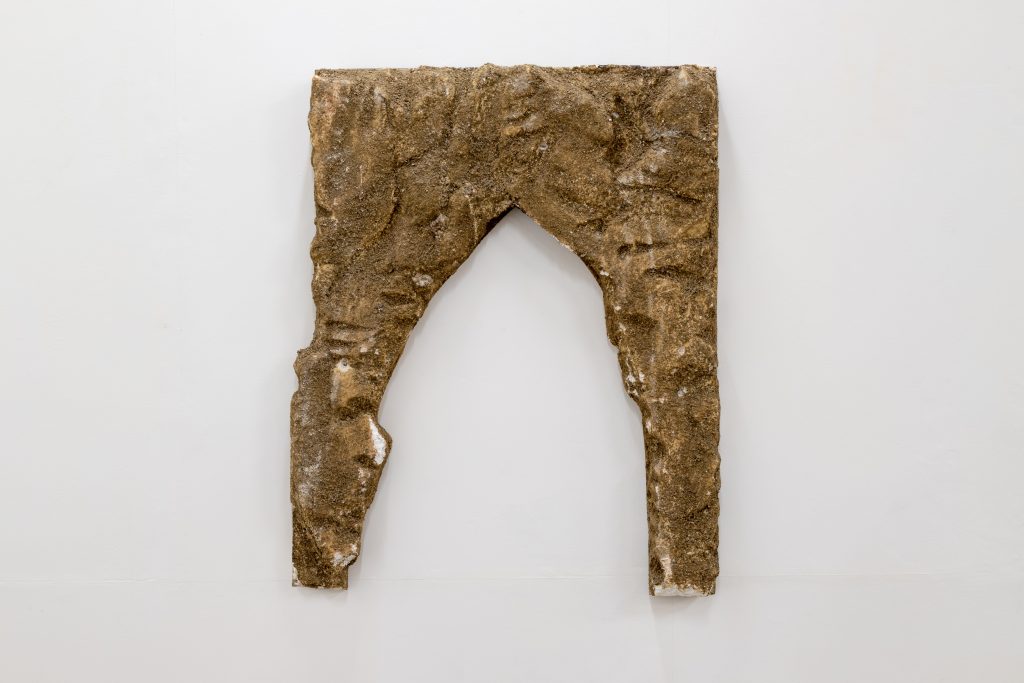 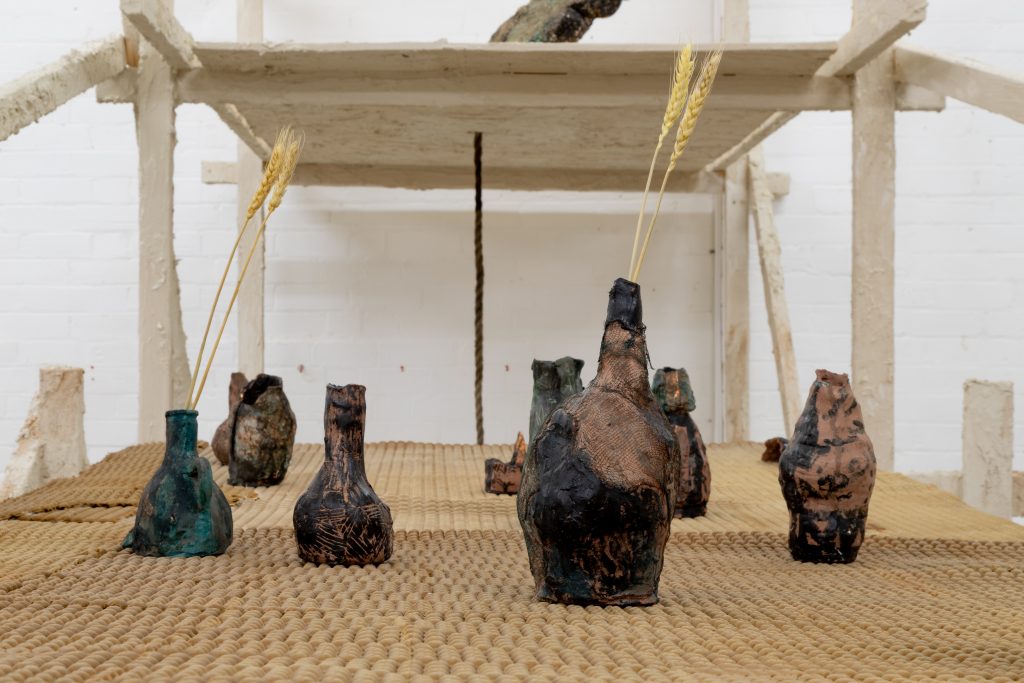 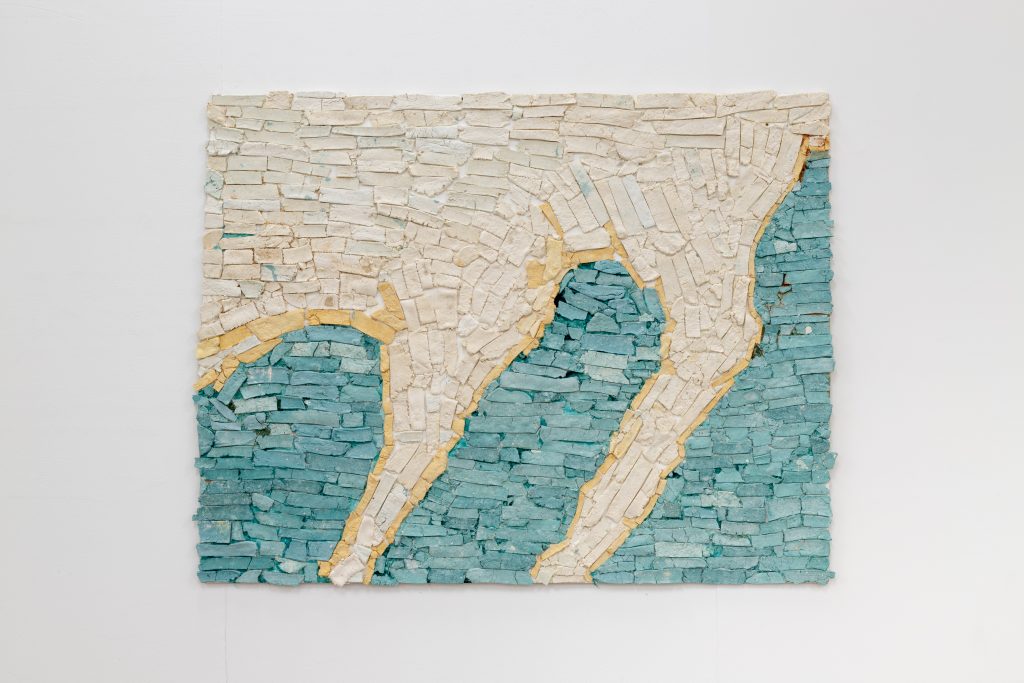 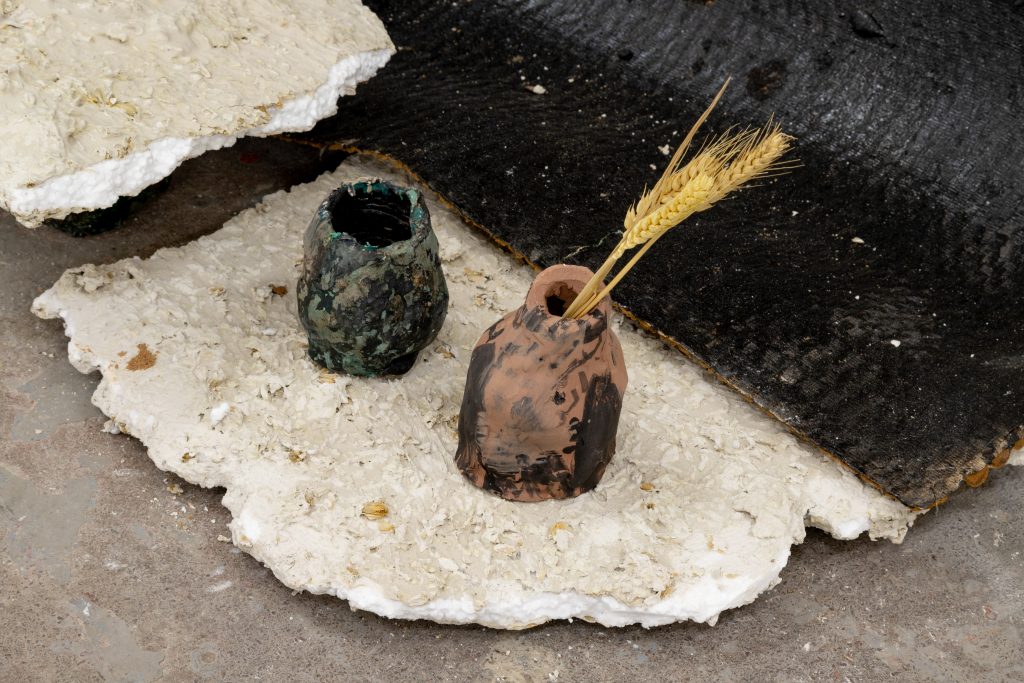 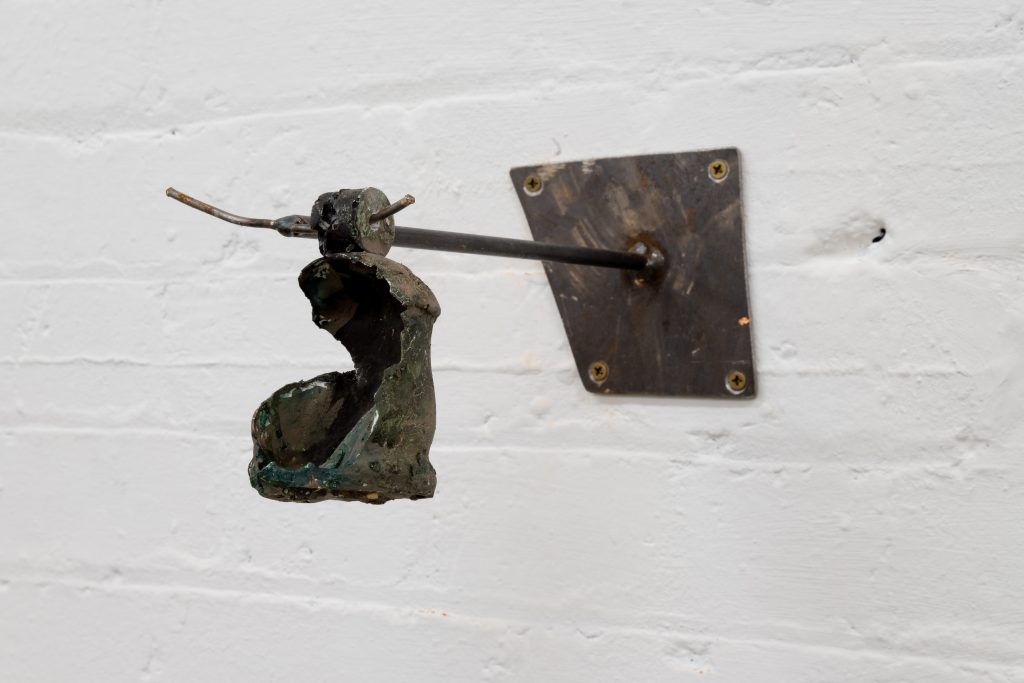 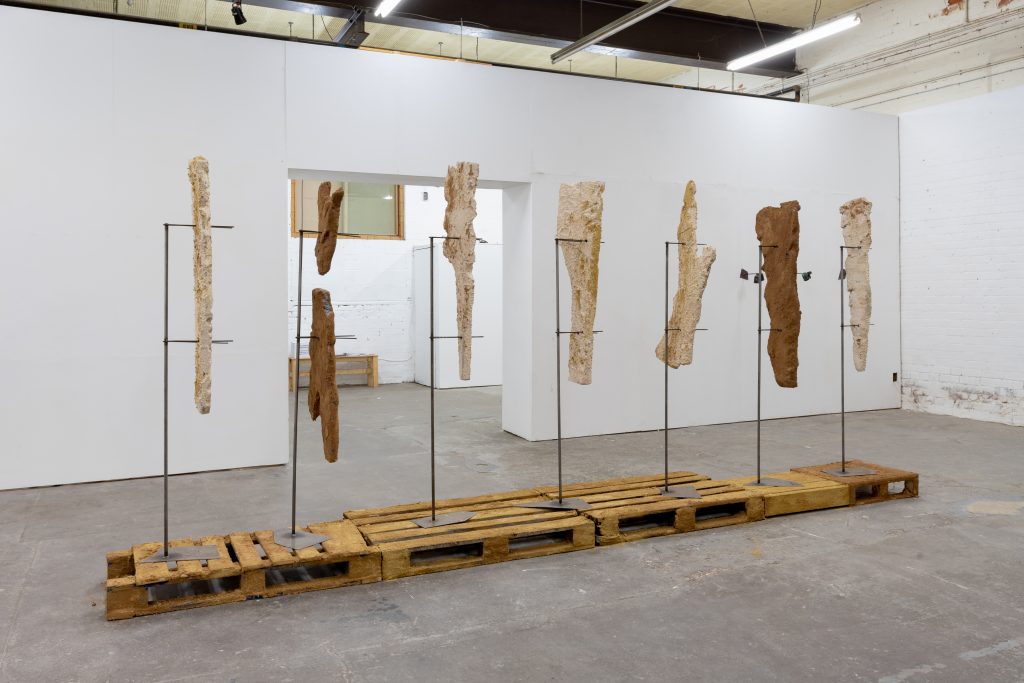 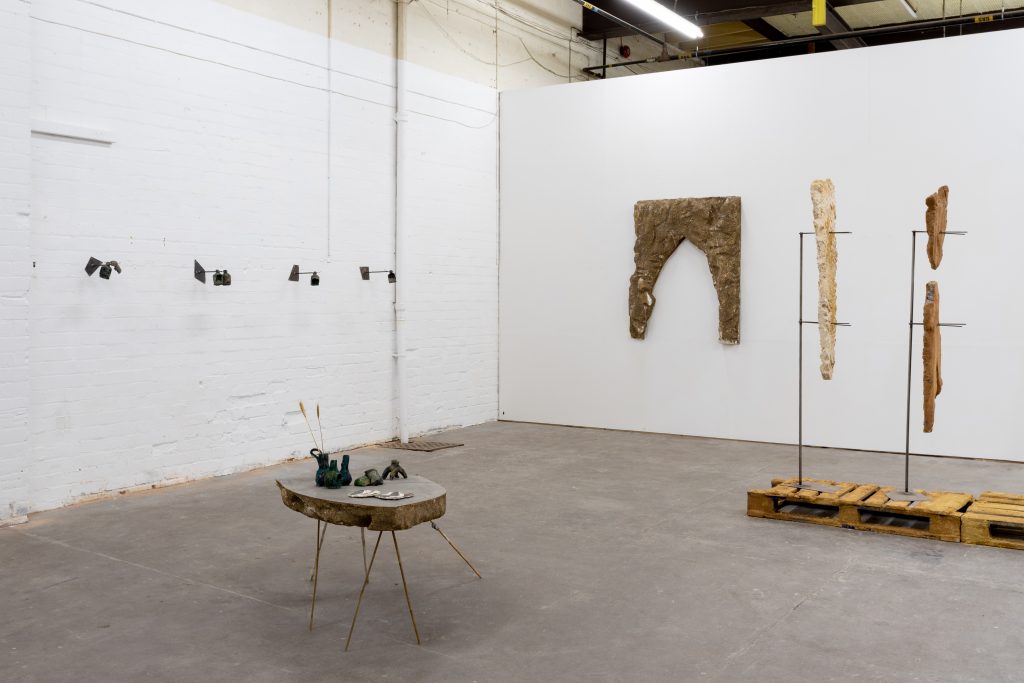 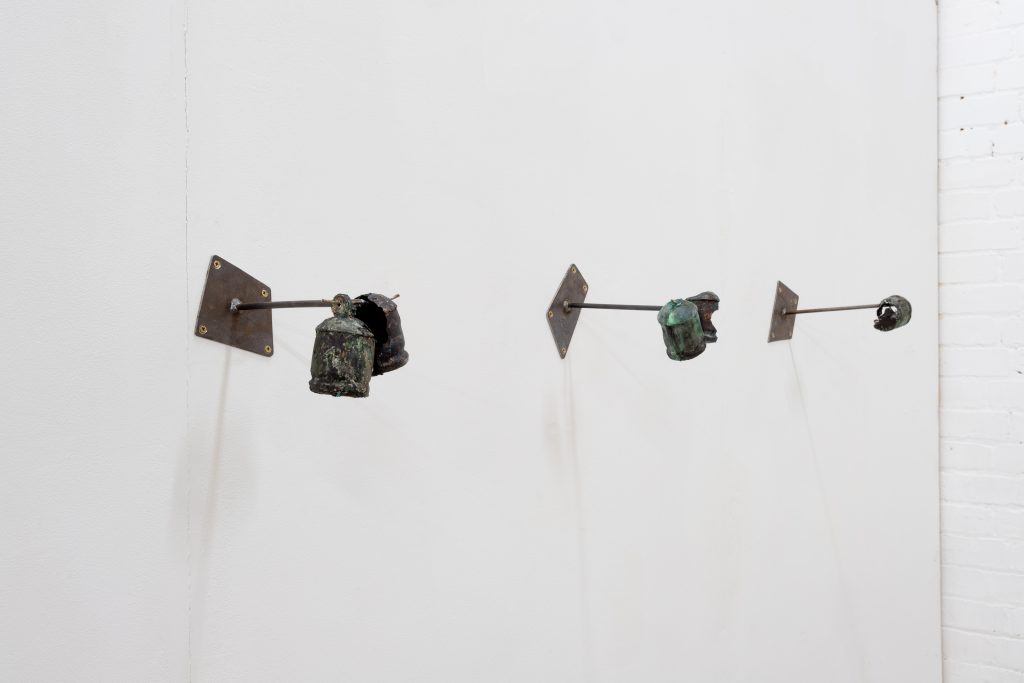 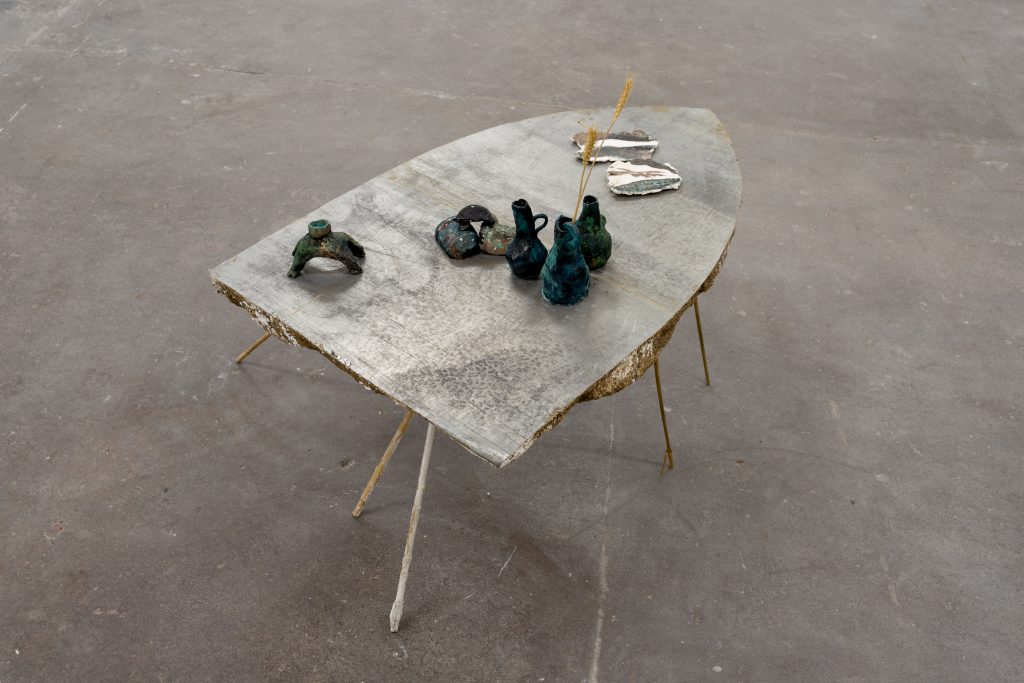 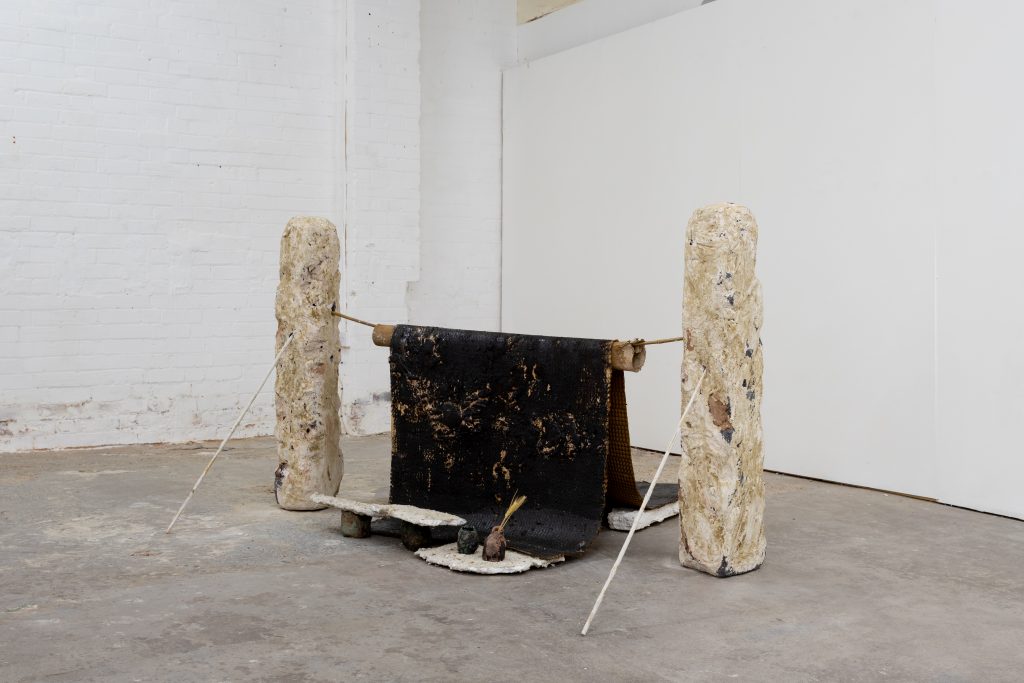 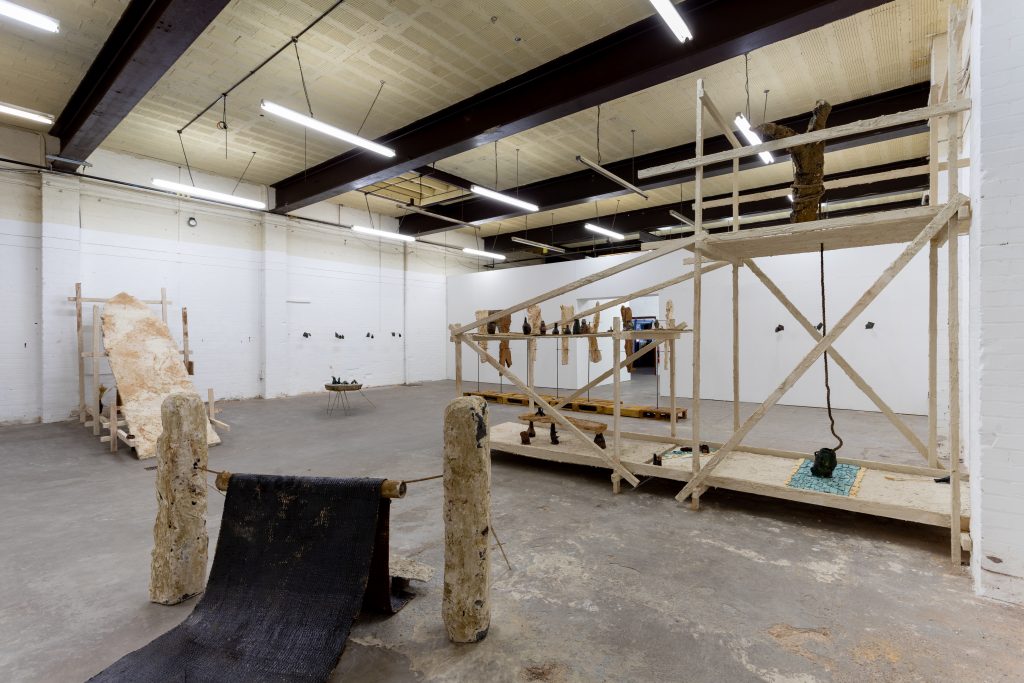 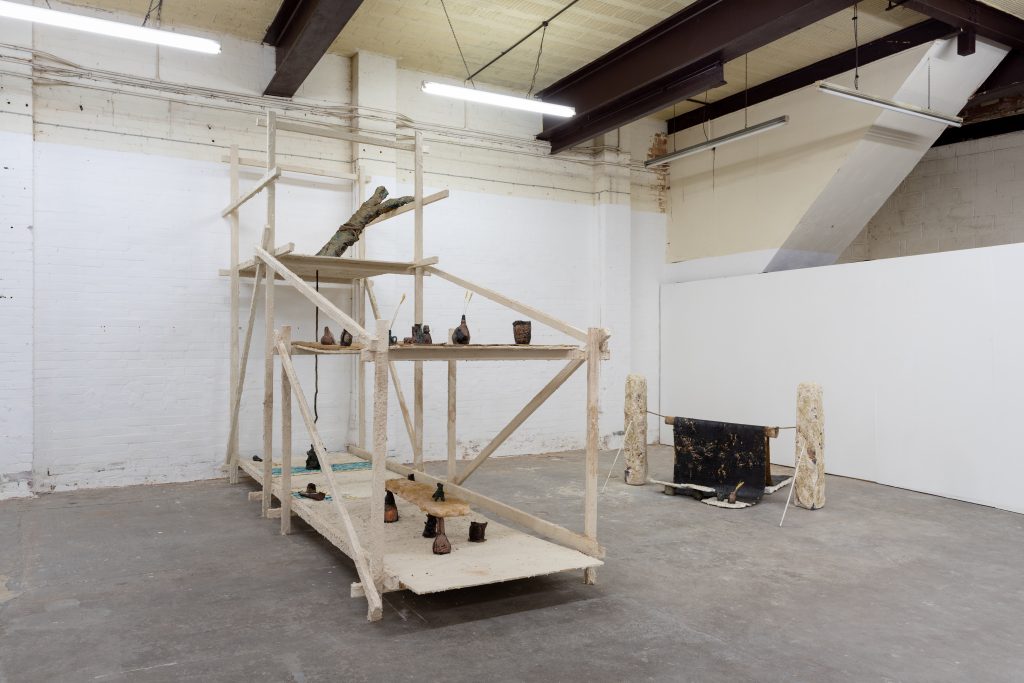 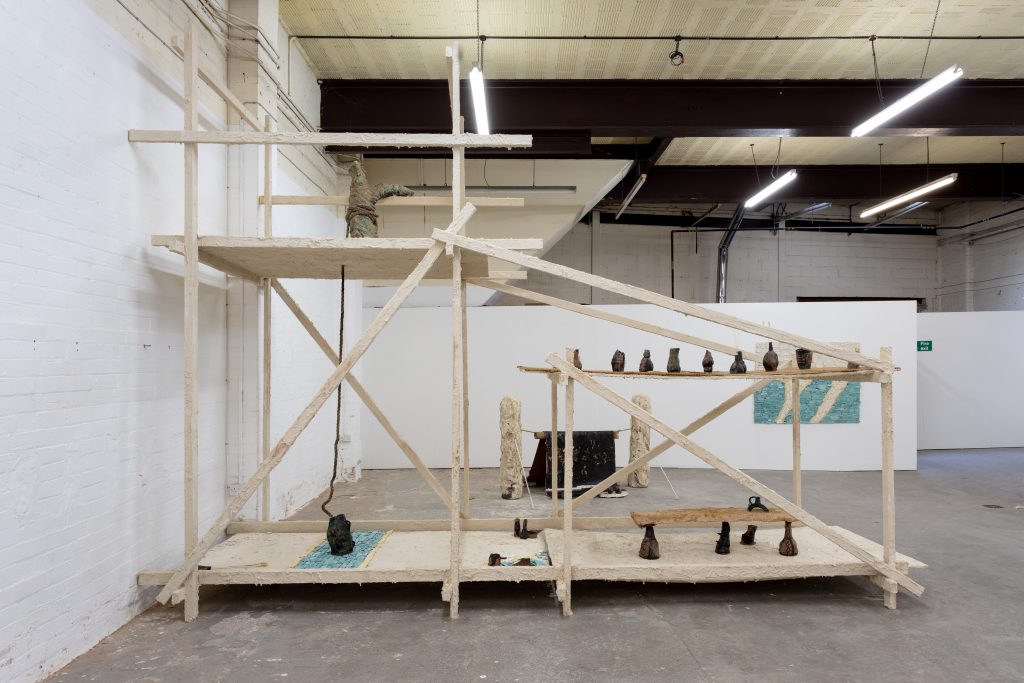 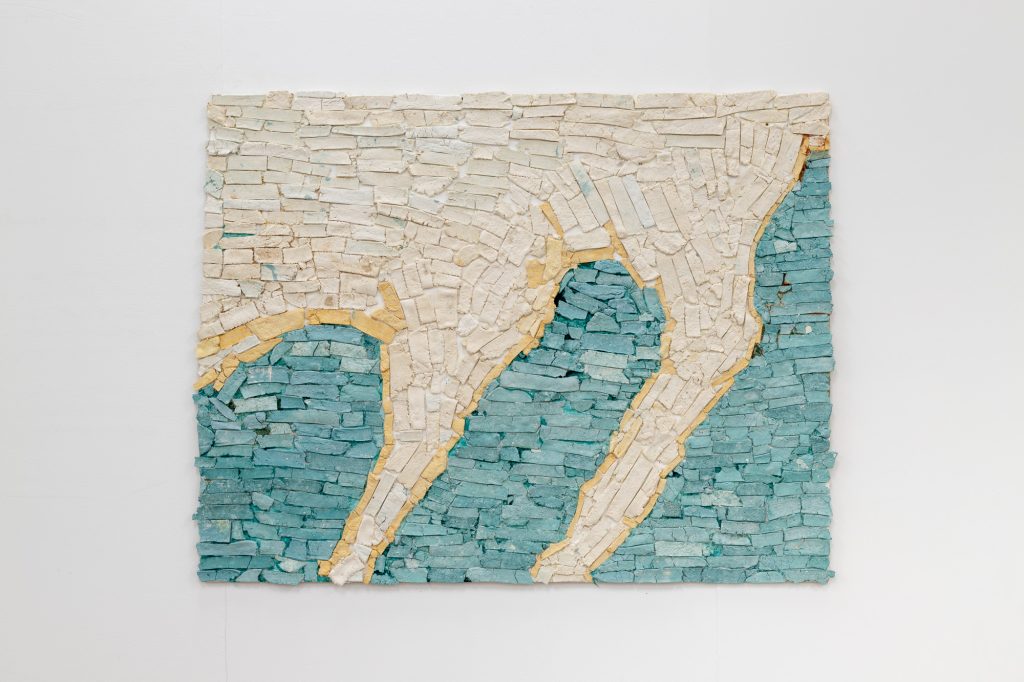